Focus on your frontend
We took care of everything else.

8base offers an instantly-available Serverless Backend-as-a-Service that powers everything you need to build and run professional-grade web and mobile applications.
Try 8base for free
Schedule a demo

Accelerate development
of your digital vision

8base delivers your foundation through our amazingly powerful GraphQL API. This lets you focus on your innovation without worrying about the non-unique aspects of your applications.

Watch video
8base gives developers everything they need to

We built 8base to empower web and mobile developers to build powerful applications right the first time, whether for one user or millions. With 8base a small team, even a team of one, can accomplish big things. 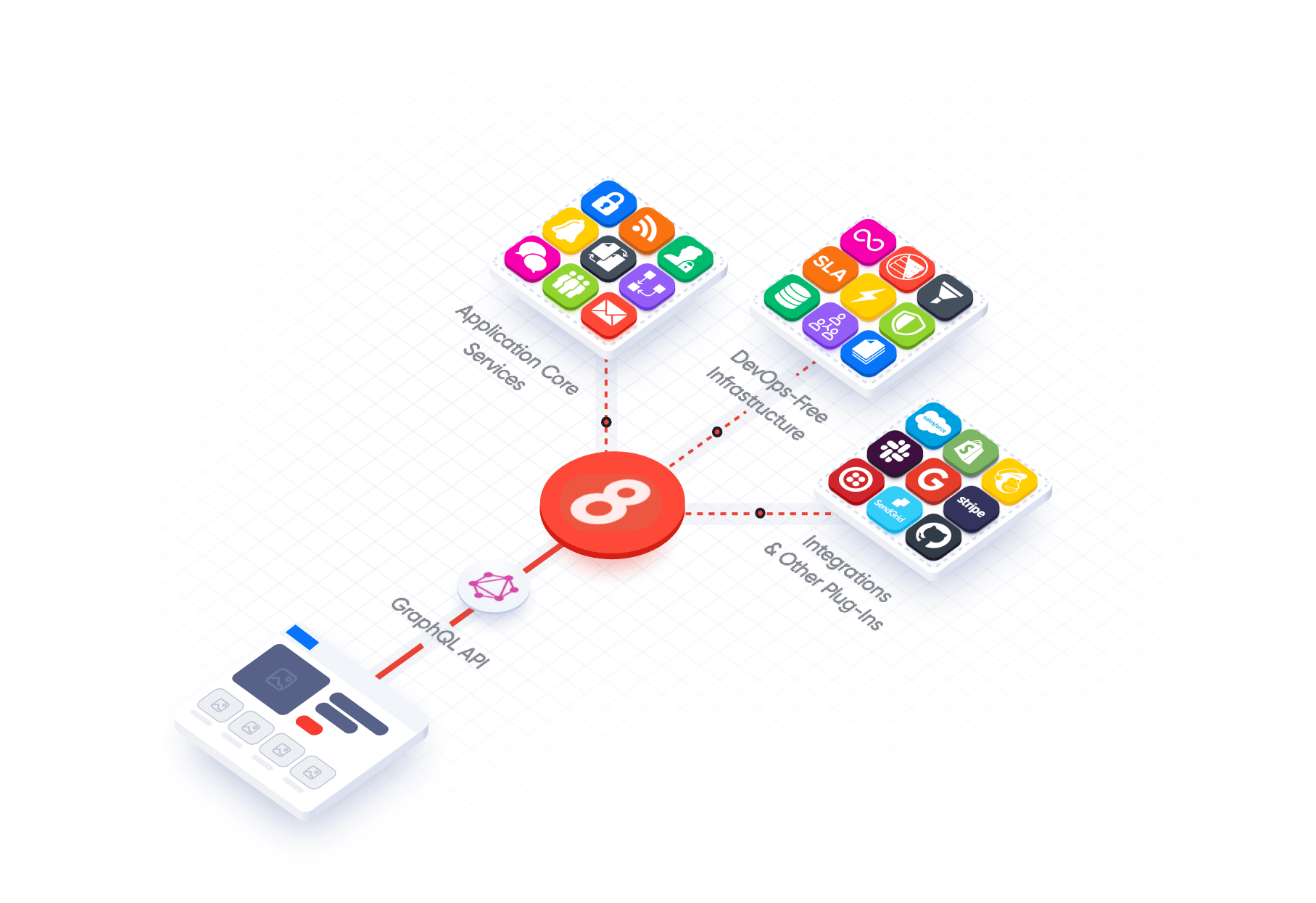 Tools built to allow your development teams to produce finished products that they can all be proud of and that perform at web scale.

8base provides simple to use data modeling and data integration tools that  your team can use to define your data schema.

Import data or enter it yourself.

Use our easy Data Viewer to enter your data like a spreadsheet or import from .csv files.

Query your auto-generated GraphQL API and place it in your frontend components.

8base automatically creates and documents all of your CRUD (Create, Read, Update and Delete) and Subscription operations for instant real-time access to your data.

Set up multiple roles and configure access rights, all with no-code. 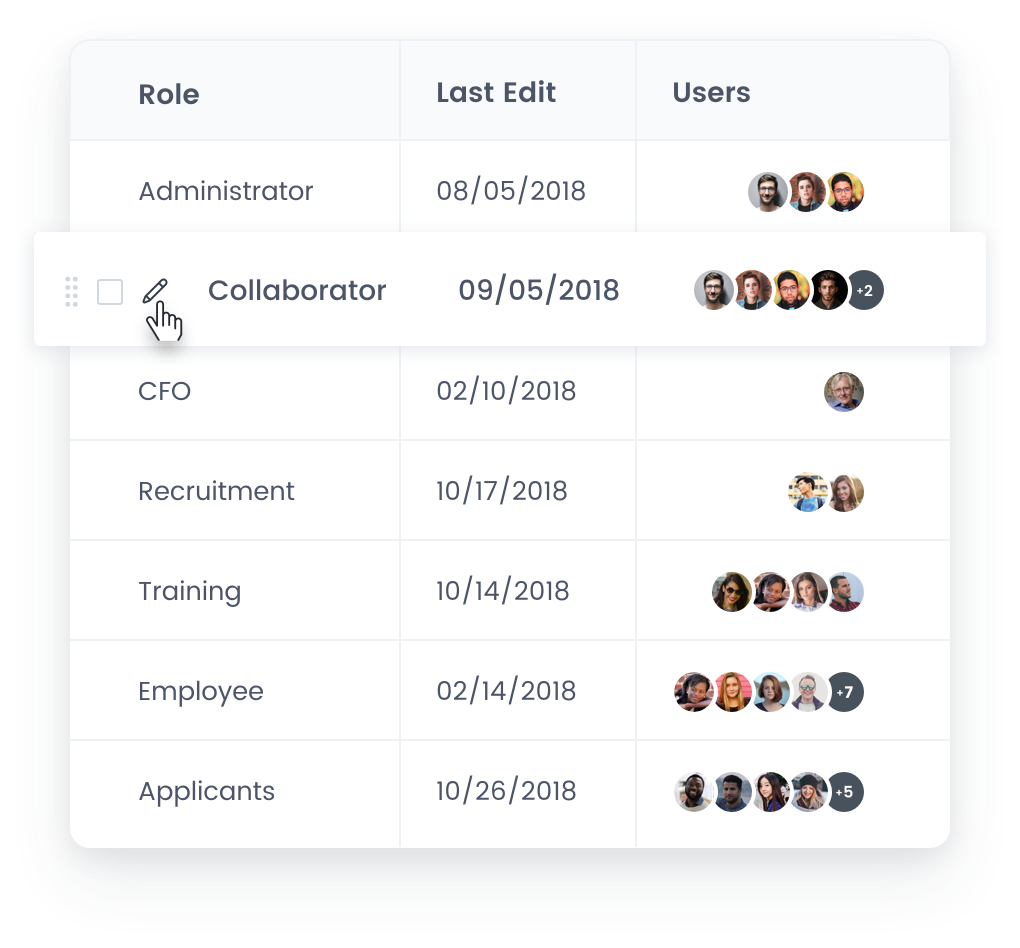 Create custom JavaScript and TypeScript logic in your favorite IDE and use 8base’s CLI to run it in 8base Serverless Functions. Create functions as GraphQL resolvers, triggers, webhooks or scheduled tasks.

Deploy your frontend on your favorite hosting platform.

We take care of hosting and scaling your backend. All you have to do is host your frontend application, but you can choose whichever hosting platform you prefer. 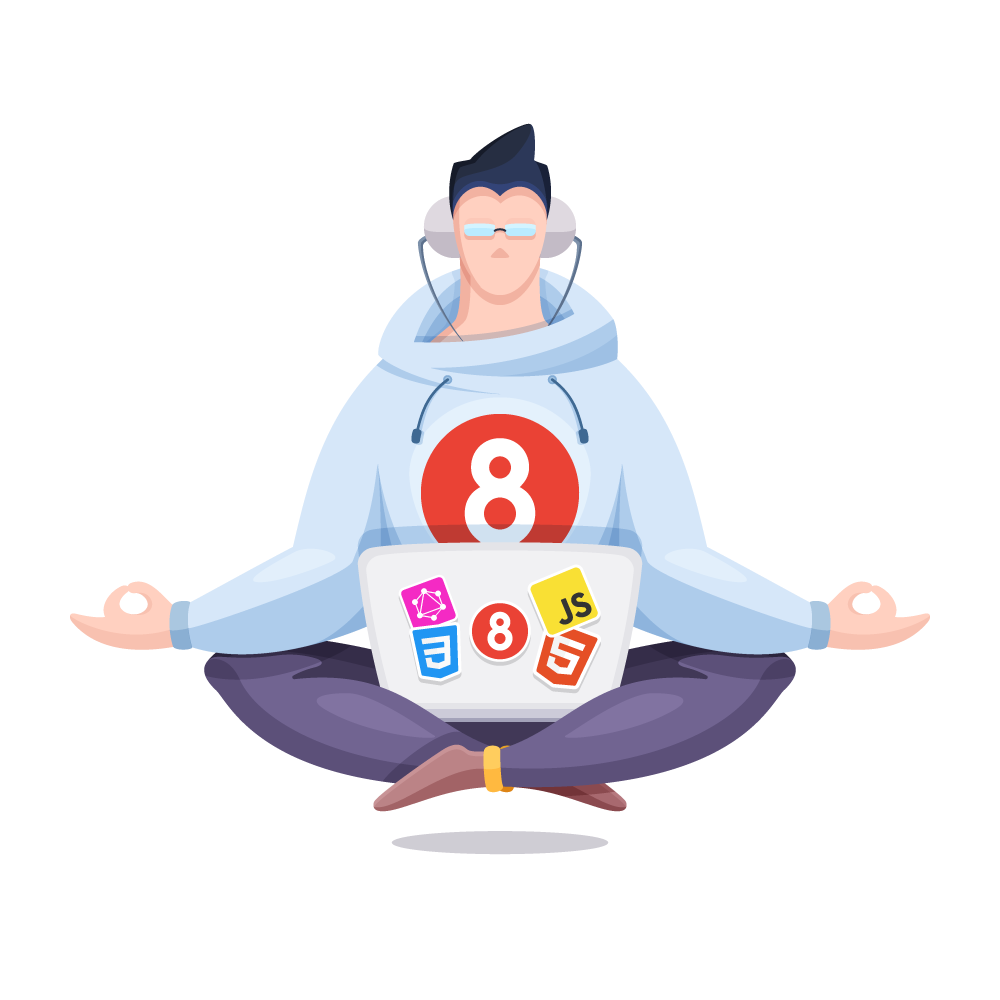 Use your frontend technology of choice

Every framework has its own features and advantages. 8base integrated with every framework so that you can choose the best fit for your organization. 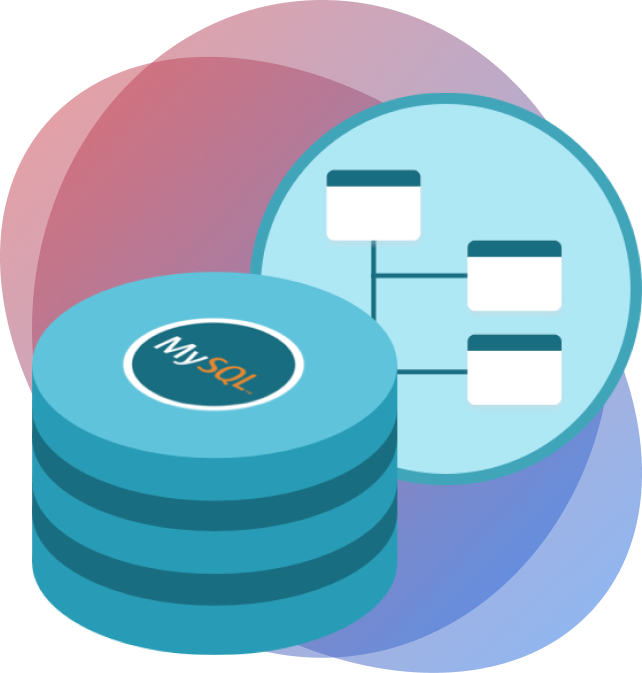 Extend your applications with custom backend code without needing to manage and scale your own servers. Functions are triggered by events using GraphQL,  Webhooks, database triggers or on a scheduled basis. Serverless functions scale up and down autonomously based upon user demands and you pay for what you use. 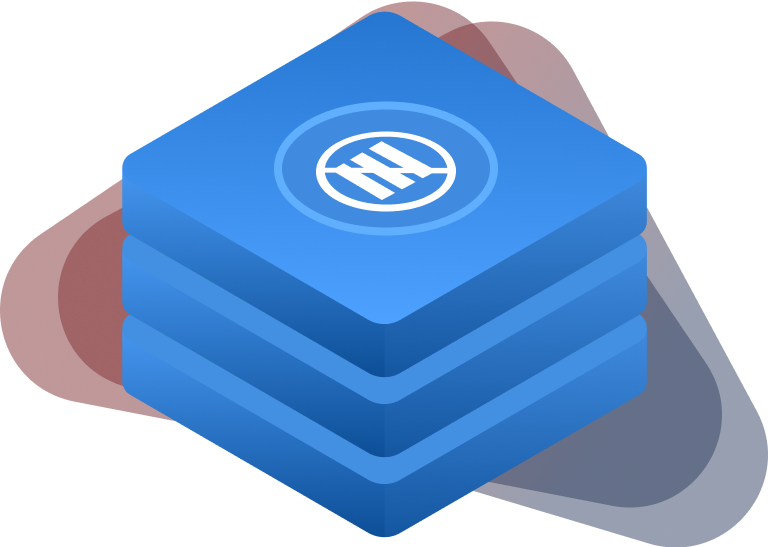 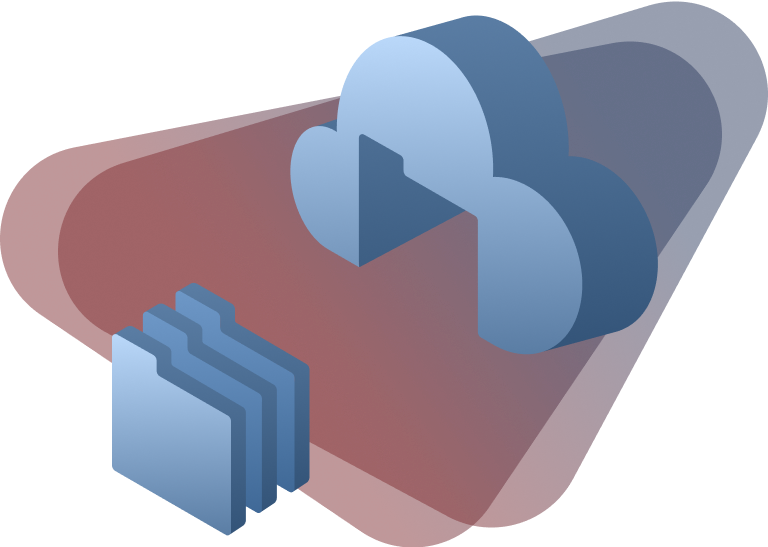 8base auth offers multiple methods to authenticate including using email and password, over 30 single-sign-on providers and connecting your own OpenID provider. Manage users from inside the 8base Console. 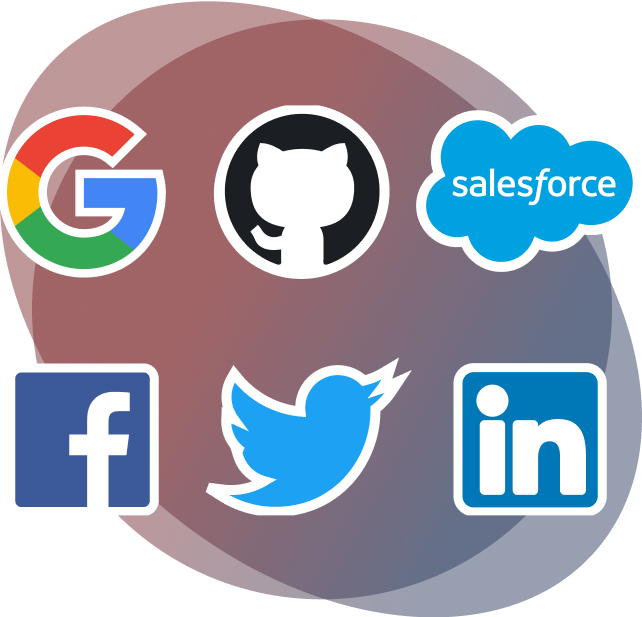 Integrate data housed in 3rd party systems like Salesforce.com. Cross-connect your external data with your 8base data.

Learn more about 8base Bolt 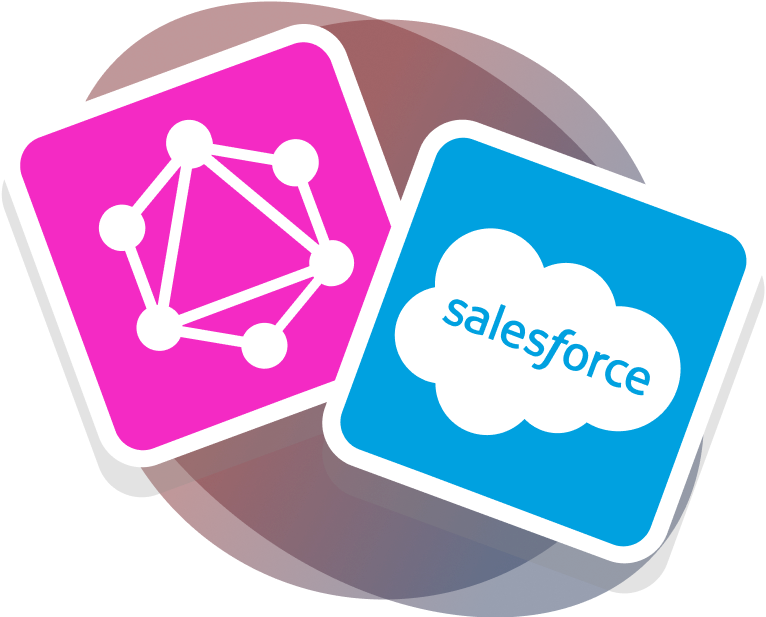 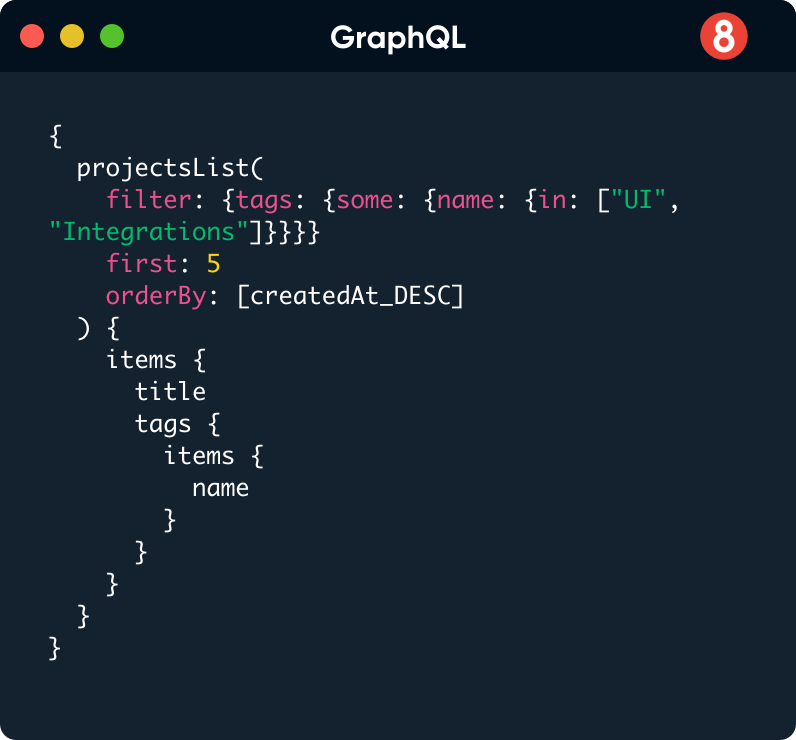 8base is great for Developers and the Organizations they work with.

One API to power everything

8base provides an unprecedented developer experience through the world’s most powerful GraphQL API.

Focus on your frontend development rather than managing infrastructure, maintaining APIs or developing backends.

Do more with less

Conquer larger projects with smaller teams, even a team of one developer.

Build with confidence that you won’t be locked in.

Unlike other platforms, 8base uses standards and widely accepted technologies to ensure your intellectual property can be ported to other platforms if the need ever arises.

8base is built on AWS so you never have to worry about infrastructure limitations or downtime.

MySQL is an open-source database used by millions of organizations worldwide. You own your data & can easily take it with you if you decide to migrate off of 8base.

GraphQL is an open source data query & manipulation language for APIs, & a runtime for fulfilling queries with existing data.

Ready to try 8base? Get started or
schedule a demo with us.

Get Started
Schedule a Demo
TESTIMONIALS

What Are Customers Saying About 8base Labs?

Angel Lacret
Chief of Product Development @ Cobuild Lab
“8base cuts in half all the things that you need to do to create a well-designed application.”

Eva Hankova
Front-end Developer, UI/UX Designer @ IBM
"8base's GraphQL API is amazing! It gives me everything I need to quickly build front-end apps with robust filters, sorting and pagination for my data with zero backend work." 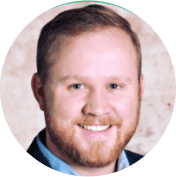 Ryan Macy
chief technology officer @ EvidenceCare
"GraphQL is a really amazing solution for a very serious problem, which is making APIs as usable as a UIs. That’s pretty much a requirement today for creating a great developer experience.” 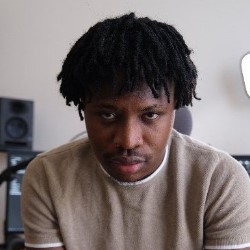 Christian Nwamba
Senior Developer Advocate @ Microsoft
“8base is a life-changing tool for developers. It's like Firebase but with GraphQL, relational data, flexibility and extensibility. I absolutely love it!” 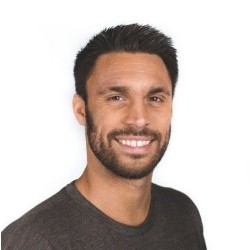 Sky Winston
Front-End Developer @ W+R Studios
“Speaking on behalf of front-end developers, what we don’t have is a way to easily get a back-end up and running. That’s why I’m so excited about 8base. It’s where I can go to do just that." 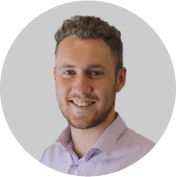 Sam Woolerton
Analyst @ IT Partners Limited
" I detest DevOps, database migrations, and that sort of stuff. And literally, 8base handles all of that. So, it’s perfect for me. "

What is the value of 8base?

What programming languages does 8base support?

What type of database does an 8base workspace use?

Each 8base workspace provides an Aurora MySQL Relational Database Management System (RDBMS). The standard database is provisioned as a dedicated  instance in a shared cluster that’s hosted in the AWS East Region. In our custom pricing tier, 8base offers the ability to upsize the database environment, move to a dedicated cluster, move to another AWS region, and even create a global cluster.

What cloud provider does 8base utilize?

Does 8base utilize an open source GraphQL engine?

8base uses some open source tooling, like Apollo Server. However, we’ve invested heavily in building our own GraphQL Engine that is a core innovation of the 8base platform. This GraphQL Engine is not open source and we continually work on advancing its feature functionality.

GraphQL is an open-source data query and manipulation language for APIs, and a runtime for fulfilling queries with existing data. GraphQL was developed internally by Facebook in 2012 before being publicly released in 2015. In 2018, the GraphQL project was moved from Facebook to the newly-established GraphQL Foundation, hosted by the non-profit Linux Foundation.

This What is GraphQL Video helps to describe the concept.

Is 8base open source?

The 8base team maintains the software and infrastructure behind 8base and provides support if anything goes wrong. We love the open-source philosophy and we use a lot of open-source tools ourselves, but 8base itself is not open source.

What do people make with 8base?

Common types of applications include: