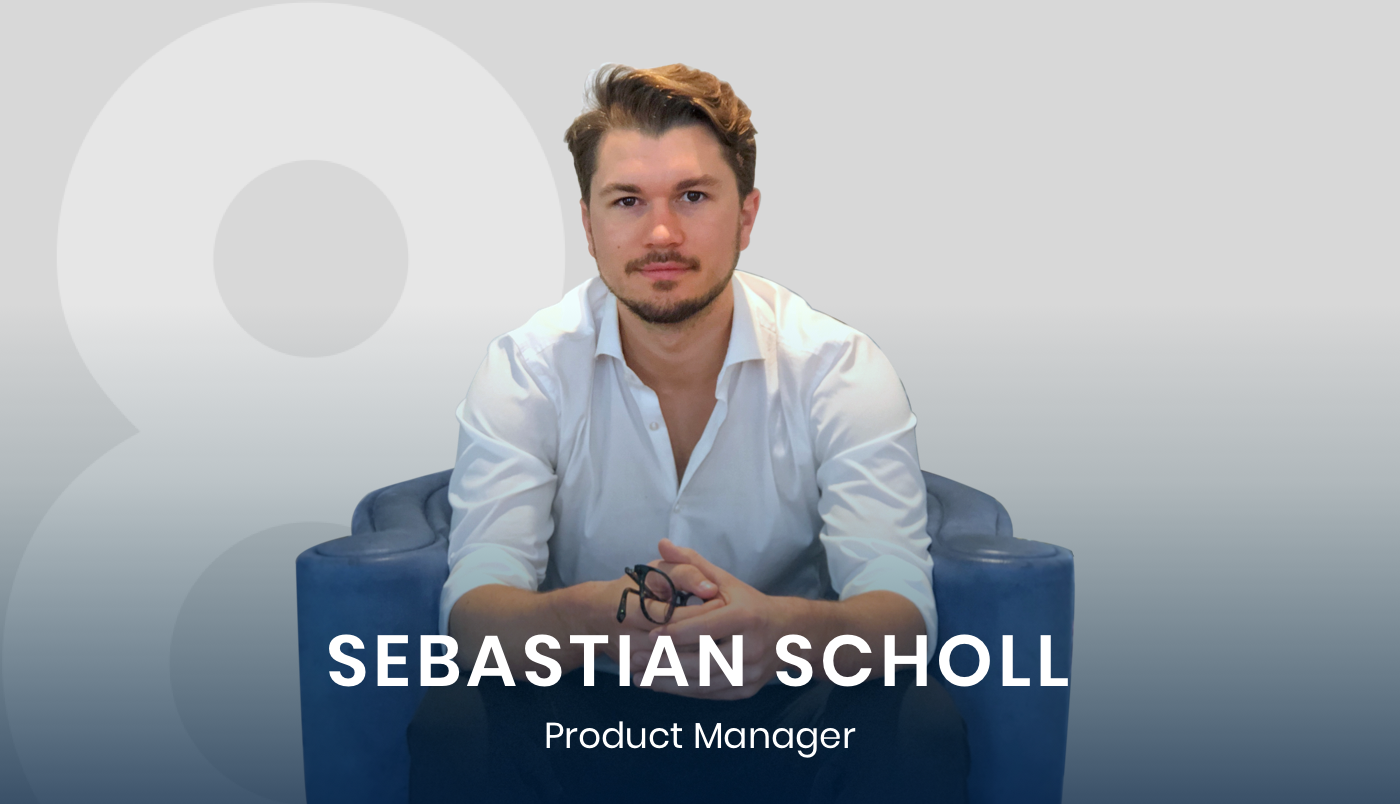 Speaking on behalf of the entire team, I'm incredibly excited to announce that Sebastian Scholl has joined 8base as Product Manager.

Sebastian is filling an incredibly important role at 8base during this critical time. In addition to his product management responsibilities as they relate to the 8base software, Sebastian will be super-charging our support and learning content. Since joining us last month, he has already re-launched the 8base Docs and is rapidly orchestrating improvements. Also, he's launching a top-notch video learning program which we will announce shortly!

8base values art and experience in its product design. Sebastian is truly the personification of this being a renaissance man to his core. He was homeschooled, spending his formative years traveling to over 45 countries as his parents believed that travel was more important than traditional schooling. That experience instilled in him a deep appreciation for diverse cultures, as well as inspired an attitude of always approaching life's challenges with a creative edge and broad perspective. Sebastian is also a musician, sculptor, telemark skier and former semi-pro whitewater kayaker by hobby. He attended Boston University and later the Flatiron School in New York City where he became formally trained as a software engineer.

Professionally, Sebastian has created startups and worked in venture-backed growth-stage and publicly listed companies such as Percolate and XO Group in several different capacities. He is an expert in full-stack web development using modern web and natural language processing (NLP) technologies. He is passionate about bringing developer-centric productivity tools to the market.

In addition to the responsibilities mentioned above, Sebastian will be taking the lead on engaging the 8base developer community and bringing their insights, wishes, and requests back to the 8base Engineering Team.

Please join me in welcoming him to the team!

Exposing GeoJSON and more through a GraphQL API

Several important updates that were recently made to the 8base GraphQL API have opened up a whole new realm of possibilities that can be developed using 8base. Namely location based apps thanks to the new GeoFields feature; think apartment listing services, dating apps, delivery apps, and more!

8base changed some Developer plan limits; you can’t do anything about it

If you want to make an omelet, you have to break a few eggs. That said, we abruptly changed several important limits on the 8base Developer Plan ...