8base Joins the GraphQL Foundation 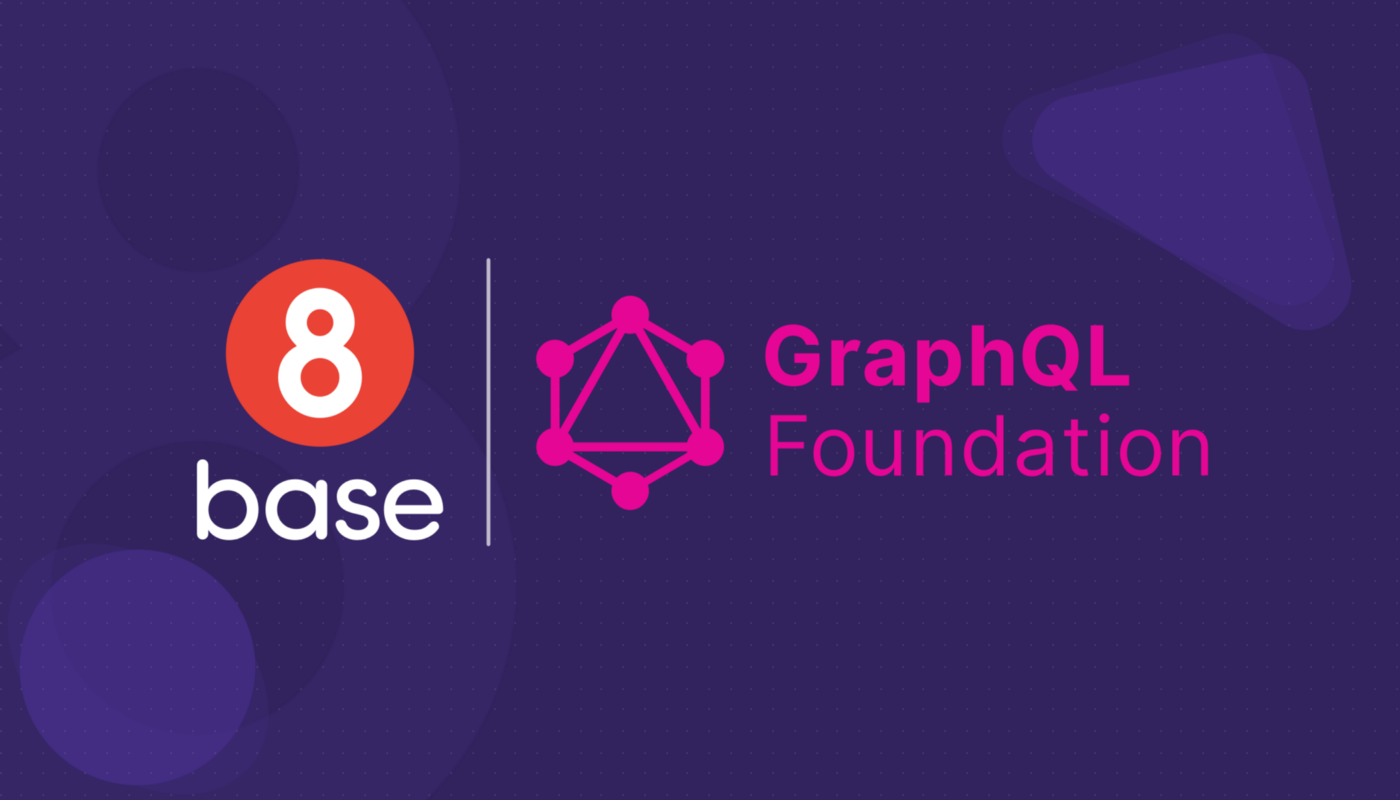 8base is excited to be a founding member of the new GraphQL Foundation, which is hosted by the Linux Foundation. GraphQL is a query language for APIs open-sourced by Facebook in 2015 and 8base has built a runtime for fulfilling those queries with customers’ data.

8base is a developer acceleration platform which offers developers a serverless backend with a native database alongside integrations with existing data sources, all made available through the secure and powerful GraphQL API Engine.

8base was born with GraphQL. It is our belief that modern enterprise software requires an abstraction between front- and back-ends; yet, many of our competitors, especially those in the low-code development platforms space, suffer from monolithic architectures that tightly couples the user interface, business logic and data layers. Modern requirements dictate an abstraction of business logic and data in separate layers while enabling a third layer for user interface(s) delivered across myriad device form factors. For us, GraphQL was the best way to enable that abstraction and deliver a modern and elegant solution to our developers. We have joined the GraphQL Foundation alongside great companies such as Amazon, IBM, Facebook and others to continue contributing to GraphQL’s evolution as a standard and its adoption worldwide.

8base enables rapid configuration of a secure and fully scalable serverless back-end that is exposed through GraphQL and is available to developers around the world. The company’s GraphQL API Engine is constantly benefiting from product improvements that provide an increasingly powerful query language for the native 8base data server and across a growing list of external data sources.

Albert Santalo is a serial SaaS entrepreneur and technologist. He is the Founder and CEO of 8base, a developer acceleration platform that is architected from the ground-up to utilize GraphQL extensively while exposing a secure and powerful GraphQL API.

Gone are the days of frontend developers asking backend teams for new endpoints (or changes to existing ones). How did 8base make this possible? By incorporating GraphQL.

“With 8base, you don’t create something today that you have to scrap tomorrow”

Setting Up Auth0 OTP Authentication with an 8base Workspace

In this tutorial, we're going to demonstrate a strategy for enabling One-time Passcode (OTP) authentication using Auth0 to work with an 8base workspace API.