Thank you! Your submission has been received!
Oops! Something went wrong...
Open workspace

User Agreement
© 2020 8base Inc. All Rights Reserved
Check out our latest blog post on 8base Academy!
Read Post

Docs
pricing
Log in
TRY FOR FREE
01. Overview02. The Side-Gig Dilema03. Partnering with 8base Labs to Revolutionize the Sneaker World04. Success With 8base: A Partner Tradeblock Can Trust

While many collectibles, like sneakers, can be bought and sold using online platforms, there is currently no platform that gives users the ability to trade their collectibles by bartering directly with one another. Mbiyimoh Ghogomuand his co-founders set out to fill that gap while also creating a more engaging gamified experience that’s tailor-made for the world’s top enthusiasts. 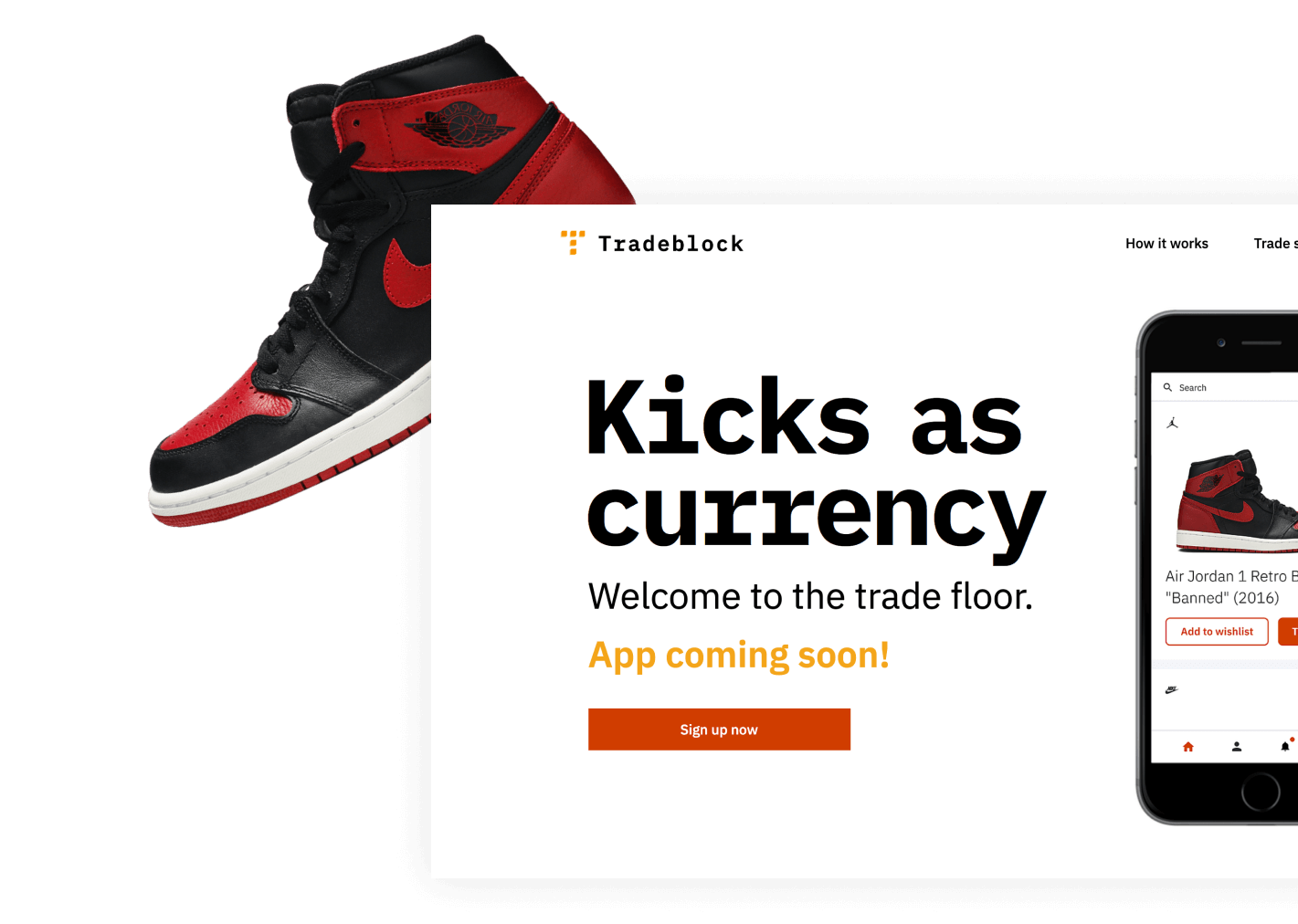 Those five words uttered by Spike Lee’s Mars Blackmon in a 1989 Nike commercial might as well be gospel for sneakerheads, a term used to describe those individuals obsessed with all things sneaker-related. 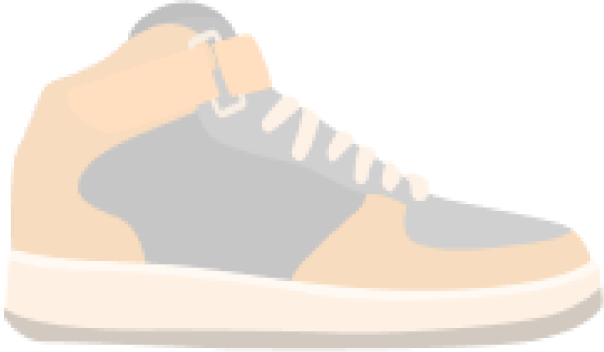 While online platforms such as eBay provided a means to purchase collectible sneakers, Mbiyimoh Ghogomu, CEO of Tradeblock, felt that the experience was lacking for true enthusiasts. Purchasing a pair of kicks is only part of the equation.

That’s why Mbiyimoh launched Tradeblock, an app that facilitates the entire sneaker collecting experience: from negotiating to trading to showcasing a collection.

“The metaphor that we use a lot is to compare sneaker collections to fantasy sports,” Mbiyimoh explains. “Just like a sports lineup, a collector has their franchise players—shoes that they would never consider trading, except maybe for another person’s power player and a few other pieces. Then you have your starting lineup and bench that can be fluid if the right trade is offered.”

Mbiyimoh points out that a sneakerhead’s collection is also rarely static—it evolves over time as their tastes change and new trends emerge.

He feels that this entire user experience, both with one’s collection and other collectors in the community, has largely been neglected by transactional online platforms for buying and reselling.

That’s the value of Tradeblock: it connects enthusiasts and lets them view each other’s collections online, make offers and even discover shoes that weren’t on their radar. When a trade is agreed upon, Tradeblock also acts as a third-party authenticator to ensure that the sneakers are the genuine article.

“All shoes go through us for authentication before being sent to their new owners,” Mbiyimoh explains. “That ‘legit check,’ as it's known in the sneaker world, is a crucial part of the service we offer. Without it, a lot of collectors wouldn't trade online because of the risk of getting scammed by the other party.”

Ultimately, Tradeblock was designed to take the real-life experience of trading sneakers at a swap meet or convention and scale it exponentially. By bringing millions of unique collections together in one place, the team aims to make it the go-to destination for sneakerheads online. To help bring this ambitious project to life, Mbiyimoh and his co-founders turned to 8base Labs to develop both the frontend and backend of their app.

Mbiyimoh and his team all had full-time jobs—he knew that working on Tradeblock part time would severely limit how fast the team could move..

Additionally, neither he nor his co-founders had the technical skills to code the application; the one friend who did also had a day job.

“You should never assume an idea is unique,” offers Mbiyimoh. “In the case of Tradeblock, trading shoes is not something new in the sneaker community—people have been doing it for decades. It's just that nobody’s done it well digitally. We had to assume somebody was building a business in parallel to us. So our product needed to be solid and quick-to-market, and I knew that that wasn't going to happen if we were working on it on a part-time basis.”

Furthermore, Mbiyimoh understood that getting funding solely on a pitch deck was out of the question. He knew that today’s investors required a product that they could actually see and use before they would provide capital for the company.

“Many entrepreneurs are in this boat,” Mbiyimoh says. “So, the typical solution is to develop a really terrible version of your app as an MVP, but as a person who genuinely cares about design and the user experience, I just couldn’t do that.”

Working in tech himself as a content and strategy lead, Mbiyimoh knew that he had to not only hand off the development but also get the process started on the right foot. He dove into defining the idea and mapping out the exact processes and actions that users would take. With a detailed roadmap, a development team would be able to ramp up quickly, and he could oversee the work.

With the application fleshed out, Mbiyimoh then turned his focus to identifying and selecting a development team that he could trust—this could be a perilous journey regardless of how detailed his plan was.

03. Partnering with 8base Labs to Revolutionize the Sneaker World

Having a number of colleagues and friends who have outsourced development and been sorely disappointed, Mbiyimoh knew that choosing the right partner would be instrumental to getting Tradeblock off the ground, so he had to be selective.

After interviewing a number of development shops and not finding the right fit, he spoke with a mentor of his who had attended the spring 2020 Tech Stars demo day in Austin and saw the 8base pitch; he suggested that Mbiyimoh look into 8base Labs.

A bit of research convinced Mbiyimoh that 8base Labs had the technical chops to get Tradeblock up and running. But as an entrepreneur with a laser focus on distinguishing Tradeblock from the competition, Mbiyimoh zeroed in on the 8base Labs differentiator: the production-ready, autoscaling 8base platform.

“8base Labs are able to use their own tooling to spin up an application’s backend… they can do that really quickly because they are intimately familiar with the 8base platform,” offers Mbiyimoh. “This empowers them to deliver on projects faster, better and with fewer resources because they don’t have to bring in additional backend developer resources.”

Mbiyimoh said he was also impressed that 8base Labs provided him with a turnkey solution, instead of bundled code that he would have to figure out how to deploy and host himself.

“I haven’t had to think about hosting Tradeblock at all, because 8base integrates so seamlessly with the AWS cloud,” Mbiyimoh says. “This is exactly what I needed. I want to focus in on product and design instead of how my application is hosted online. Additionally, I am concerned about data privacy, so I got a lot of peace of mind when I learned that 8base uses AWS with the most advanced data privacy and security protocols.”

04. Success With 8base: A Partner Tradeblock Can Trust

His highest compliment for the 8base Labs team is that the developers became an extension of his Tradeblock team.

Throughout his career, Mbiyimoh has learned to keep his guard up when working with developers. He’s experienced the frustration of dealing with technologists who know that he lacks the technical acumen to push back on their suggestions, even when he believed there could be another, more creative way to solve a challenge. 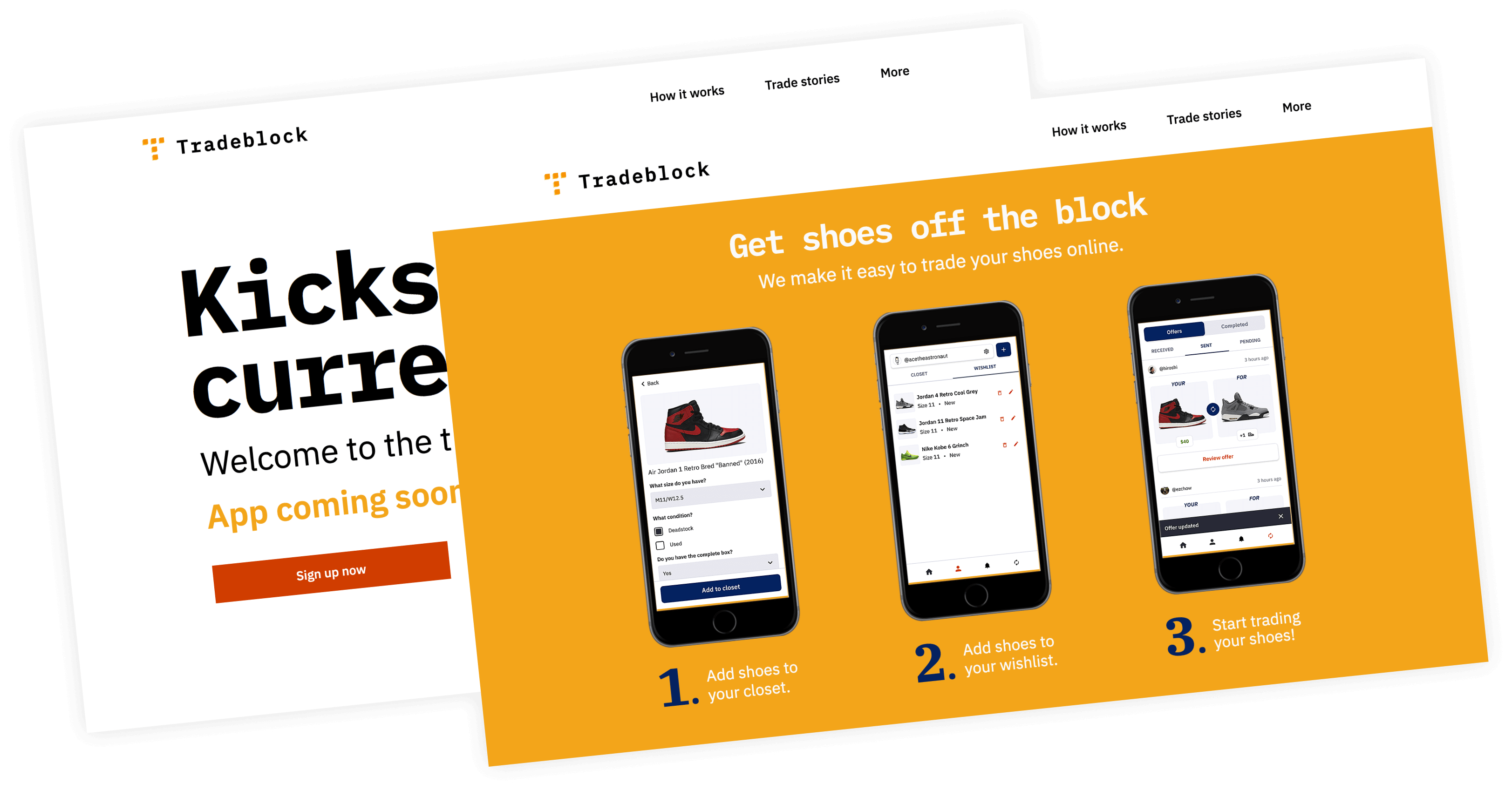 However, with 8base Labs, Mbiyimoh has found a partner who is willing to listen and collaborate.

“Multiple times 8base developers have identified end-user improvements and given us options to make Tradeblock better. So they’re not only being collaborative, but also proactive in making suggestions to improve UX flows. That is unheard of for development shops that don’t have a strong commitment to customer service,” he explains.

“My ideas are listened to instead of pushed back on, so I don’t have to be in ‘combat mode’ when I get on the phone with the 8base Labs team. Instead, I can focus purely on the best customer experience, the processes that need improvement and ultimately how to make Tradeblock the best product it can be for the sneaker community.”

Find out more about Tradeblock at

Partner with 8base Today

Team up and get tour business to top level

Drop us a line