Thank you! Your submission has been received!
Oops! Something went wrong...
Open workspace

User Agreement
© 2020 8base Inc. All Rights Reserved
Check out our latest blog post on 8base Academy!
Read Post

pricing
Docs
ACADEMY
CONTACT US
Log in
TRY FOR FREE
01. Overview02. The Scene: Funkhaus Becomes More Than a Creative Agency03. Complication: Ridgway Needs a Quality Backend-as-a-Service in a Hurry04. Rising Action: Finding the Right Partner in 8base05. Resolution: Polaris Is Built on Time, on Budget

Learn how Funkhaus – an LA based digital creative agency – pulled off the impossible and developed a world-class project management application for The Ridgway Group in under two months. Technical director and co-founder, Drew Baker, shares his journey to discovering the project and deciding to leverage 8base's platform. 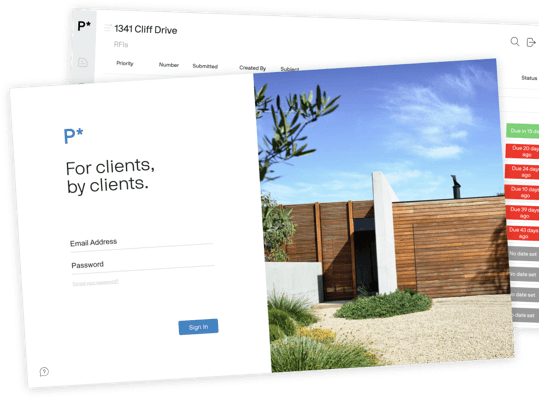 With deep roots in both the entertainment and boutique hospitality industries, the company knows the importance of aesthetics. 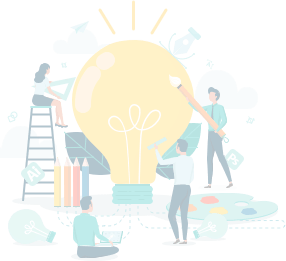 Under Drew's leadership, Funkhaus has amassed an impressive creative resume. Building websites for the likes of Ridley Scott, Roman Coppola, Anonymous Content, Mark Mothersbaugh, Elizabeth Taylor, Tyler Perry and a whole host of top tier film and production companies. As a technologist, he has seen the web evolve and is a passionate supporter of modern languages and frameworks such as Vue.js, Headless CMS's and GraphQL. He's constantly looking for technologies that will optimize load times and create the best user experience.

This passion for excellence is what led him to choose 8base as Funkhaus’s backend-as-a-service platform. While this story has tension, rising action, and a resolution, the results Funkhaus has produced with 8base are anything but formulaic.

02. The Scene: Funkhaus Becomes More Than a Creative Agency

Knowing its reputation as a leading creative agency in Los Angeles, entrepreneurs often approach Funkhaus to help build out their design, branding, and web experience prior to seeking seed funding or talking with venture capitalists. 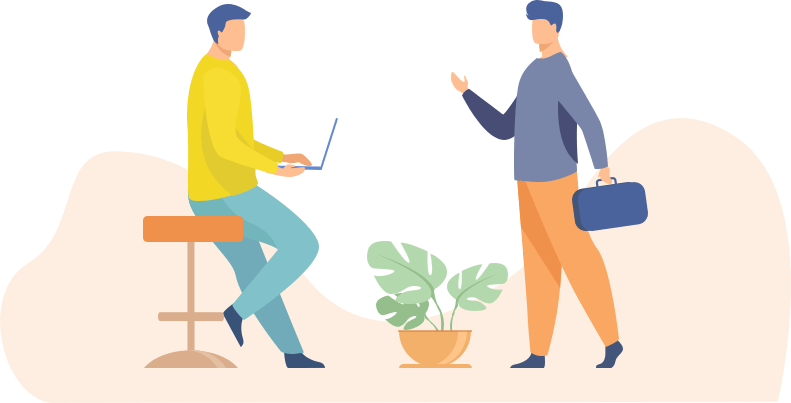 Drew and his co-founders realized that they were at a unique position in the startup life cycle, being privy to ideas before they are brought to investors. The trio decided to try their hand at angel investing in the ideas that were most compelling to them, and Funkhaus Ventures was born.

Just a block from the Funkhaus office in booming downtown LA is The Ridgway Group, which represents some of the most well-known companies in the world on large-scale construction projects.

Tom Donkin, CEO of The Ridgway Group, was frustrated with the available project management applications—typically these apps are geared toward subcontractors and builders and often fail to provide the oversight and transparency his clients need.

“Tom felt that the subcontractors and builders should not be dictating what platform and tools were used, especially when they were not providing visibility to his clients,” explained Drew. “Tom came to us because he knew that we had the technical and design experience to solve this problem. But the catch was that he needed it done in two months.”

03. Complication: Ridgway Needs a Quality Backend-as-a-Service in a Hurry

Drew knew that two months was a tight time frame—maybe impossible—but he had confidence in his team’s ability to create the logical flow of the application and do the frontend development and design work.

“The change in the frontend landscape with React, Vue.js, and AngularJS over the past decade has been exponential—it’s crazy how much progress has been made to give frontend devs the tools to rapidly build an application,” Drew said. “I knew we could go really fast on the front end, but advancements in the backend space have been very slow.”

Firebase, a tool acquired by Google in 2014, is one attempt to streamline backend development, but Drew was unimpressed after using it on a number of Funkhaus projects.

“I’ve always felt that Firebase was very cobbled together. Even though Google’s pitch is that you can do everything in one place, I have not had that experience. The Firebase dashboard is not at all intuitive, and I’ve found it hard to get a new dev up to speed.” He added with a laugh, “I’m literally fixing some Firebase issues for a client right now.” 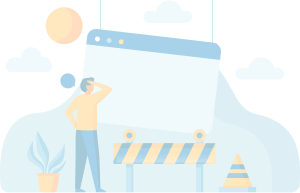 Drew had also begun using GraphQL, an API-based data query and manipulation language that eliminates the need for frontend developers to ask their backend counterparts for new endpoints.

“We started using GraphQL for all projects at Funkhaus to replace REST APIs, and now we use it for everything. GraphQL is the future for API interfaces,” he said. “We’ve completed a number of big projects with REST APIs, and the payload was huge. That’s not the case with GraphQL.”

This revelation led him to evaluate a number of backend-as-a-service platforms that used GraphQL to query their databases. Drew was explicit in his requirements—namely, he did not want to personally deploy servers and manage backend infrastructure. 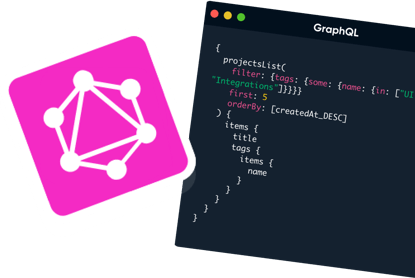 “Funkhaus is not getting paid by our clients to manage servers. Our clients don’t care about that. They don’t even know what that means,” Drew explained. “That’s akin to being a builder and thinking your new homeowner cares about the materials in the concrete being used to pour the foundation. What Funkhaus is getting paid to do is create a good-looking experience that works.”

Yet in his search for a managed backend that could be queried with GraphQL, Drew continued to come up empty. He got sharp with one provider who said he would still have to deploy the infrastructure, writing in an email, “Well, this sounds like me doing all the work. Why are you not just charging me a subscription fee and you do it for me?”

In the end, it was that 8base competitor who sent Drew a simple reply: “It sounds like you need 8base.” 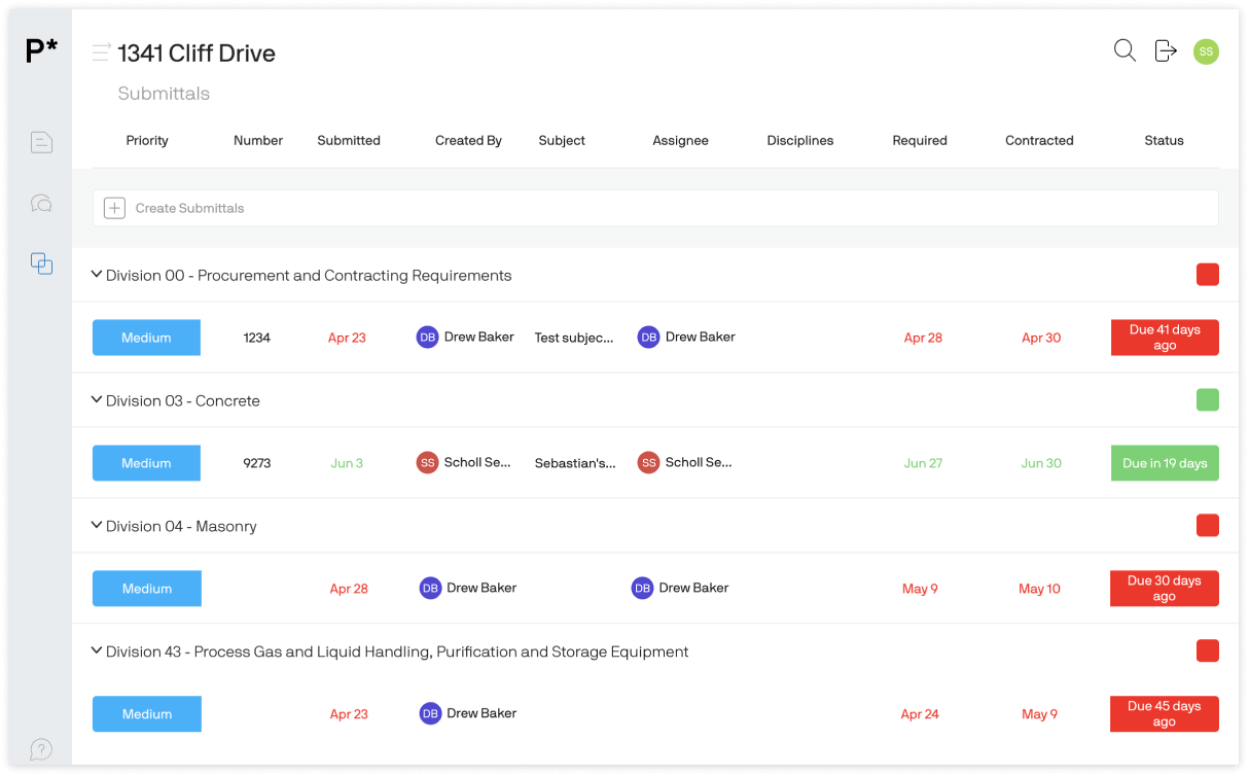 04. Rising Action: Finding the Right Partner in 8base

That was the first time that Drew had heard about 8base and the light bulb went on in his head. A fully managed backend‑as‑a‑service that could be easily queried with GraphQL was exactly what he needed.

While Funkhaus didn’t have an active project at the time, that email exchange stuck with him, and when The Ridgway Group approached with their need for a project management app, eventually named Polaris, Drew knew 8base could deliver—and within the two‑month time frame.

That’s not to say he didn’t have some apprehension about shipping off the entire backend to an outside development team.

Years ago, Drew was working on a startup idea and didn’t want to mess with the backend. He decided to hire a well-regarded dev shop out of Boston that promised to deliver a working application. Tens of thousands of dollars later, he was left with a buggy backend that the dev shop would only fix for an additional fee.

“This was the worst experience ever, and man, I'm a very technical person,” recalled Drew. “It really made me feel for the nontechnical person. How could they even possibly avoid a disaster like that? The incentives aren’t aligned—the client needs to finish the project on time and on budget, but the incentive for the agency is to overrun that budget every time. I got burned once, and it wasn’t going to happen again.” 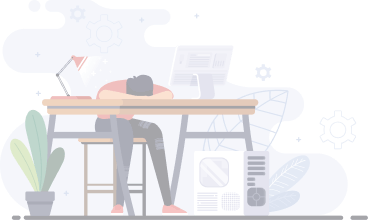 So how did 8base prove that they were the backend partners Funkhaus needed? It came down to two things:

8base Labs, the development service arm of 8base, quotes out work on a project basis

The company is willing to stand behind their work with bug fixes included.

Similar to Funkhaus, 8base Labs quotes projects on a flat rate. This was appealing to Drew, who believes that “if you are as good as you say you are, you should know the cost to do something. I’m not paying you to learn.” Obviously, if the scope changes dramatically, there can be a change in price, but that is rarely the case with 8base Labs. The team delivers an agreed-upon scope of work at the agreed-upon price.

And there is no limit on backend bug fixes, in dramatic contrast with Drew’s previous experience with the Boston-based development shop. He believes that 8base can stick to their claim because they are running backend infrastructure for a number of companies, not just for Funkhaus.

“8base Labs is building applications on their own platform, so if there’s a bug in their platform, it’s affecting more than just us,” offered Drew. “This is where 8base has an advantage over other backend development shops: they have an inherent incentive to fix backend issues because any problem impacts all the customers on their platform.”

Additionally, 8base builds many standard services, such as user authentication, into its platform so they’re ready to go out-of-the-box. This helps the 8base Labs team to rapidly build a production-ready backend on serverless AWS technologies that can scale for millions of users.

These factors plus having a project manager with the technical chops to steer development let Drew know that 8base was legitimate. He was ready to commit to the Polaris project in spite of the deadline that The Ridgway Group had to meet.

“The only way that I imagine Funkhaus could have completed the Polaris project was with 8base,” Drew said.

05. Resolution: Polaris Is Built on Time, on Budget

Drew and the Funkhaus team were able to fly through the frontend development knowing that 8base Labs was creating a solid backend.

The communication throughout the project was smooth, and 8base Labs was able to deliver on time and on budget, handing over a well-documented GitHub code repository that was ready to use.

The Funkhaus team had a turnkey experience, they didn’t have to worry about setting up any of the databases, and the user authentication was already baked in. Better yet, the Polaris app was built on cloud infrastructure with built-in scalability.

“Our project could handle 10 million users tomorrow in terms of infrastructure, and the speed and performance of the app wouldn’t change at all,” Drew said. “If you’re building apps any other way in 2020, and not taking advantage of the scalability of cloud infrastructure, you’re doing it wrong. And there are so many people doing it wrong still—8base gets you on the right side of that equation from the beginning.”

When it comes to whether Drew would recommend 8base to his peers, he doesn’t hesitate: “Absolutely.”

In fact, after the first version of Polaris was complete, he immediately signed up to work with 8base Labs on adding feature-set upgrades for version two.

“I could have done the backend upgrades on my own, but it would have taken me at least a month,” he explained. “Or I could hire 8base at a reasonable cost and have that backend work done by them, enabling me to focus solely on the frontend improvements. The choice was clear: we doubled down right from the get-go. That’s how much I believe in 8base.”

Find out more about Funkhaus at