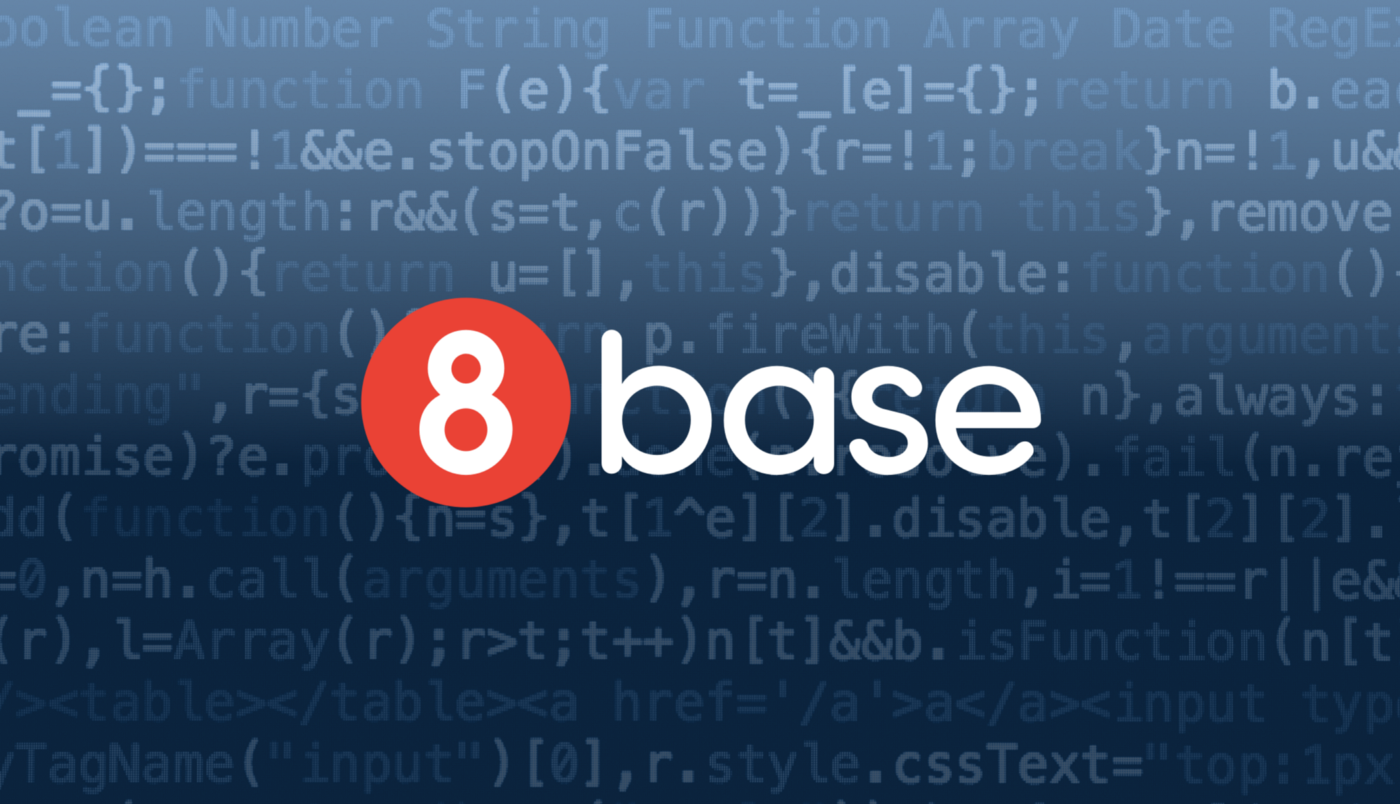 This article was written by Albert Santalo, founder and CEO of 8base. For part 2 of this article, see How 8base Works — Serverless, GraphQL, CLI, and More!

According to the U.S. Bureau of Labor Statistics, software developer jobs are expected to grow 17% from 2014 till 2024. They categorize this growth as “much faster” than the average rate among other professions.

Software is most definitely eating the world, as famously quoted by Marc Andreesen in 2012. Think about all the things you do differently today compared to how you did them 10 years ago — hail a taxi, set your alarm clock, pay for coffee, order food, reserve lodging, watch movies — the list is endless.

In response to this, businesses are rushing to build the digital capabilities needed to make them competitive over the next few decades. Software developers are what makes all of this possible, yet, there remains a massive shortage of qualified developers in the world. 8base was built to tackle this challenge.

We built 8base to deliver on the promise of building software rapidly and doing so with a smaller team. 8base’ development tools help get the job done with less people, and thus less people-management overhead. This translates to less time, less expenditure and better results. 8base also makes the ongoing hosting of the application a complete afterthought.

Developers spend the majority of their time on low value-added activities such as infrastructure provisioning and attending meetings to coordinate hand-offs between back- and front-end developers. 8base eliminates these tasks and allows developers to focus on true innovation. This is why we call 8base a Developer Acceleration Platform — because our mission is to make developers orders of magnitude more productive.

We live in an age where user interface is king. Businesses can no longer represent themselves as clunky and outdated. Front-end developers are the tip of the spear in making user interfaces come to life. On the flip side, what happens behind the user interface has become far more commoditized and less of a concern for businesses as long as that infrastructure is secure, scalable and inexpensive. These factors drove us to build solutions empowering front-end devs to work more productively on behalf of businesses desperate to achieve digital transformation.

In constructing such a product, our team was confronted with many design decisions. To this end, we meticulously crafted with elements such as Serverless, GraphQL, Command Line Interface (CLI) and more to empower developers in the best possible way. Click here to gain a better understanding of how 8base enables a front-end developer to build like a full stack developer and operate like a seasoned DevOps pro.

For part 2 of this article, see How 8base Works — Serverless, GraphQL, CLI, and More!