Advancing Open Finance with 0x and 8base 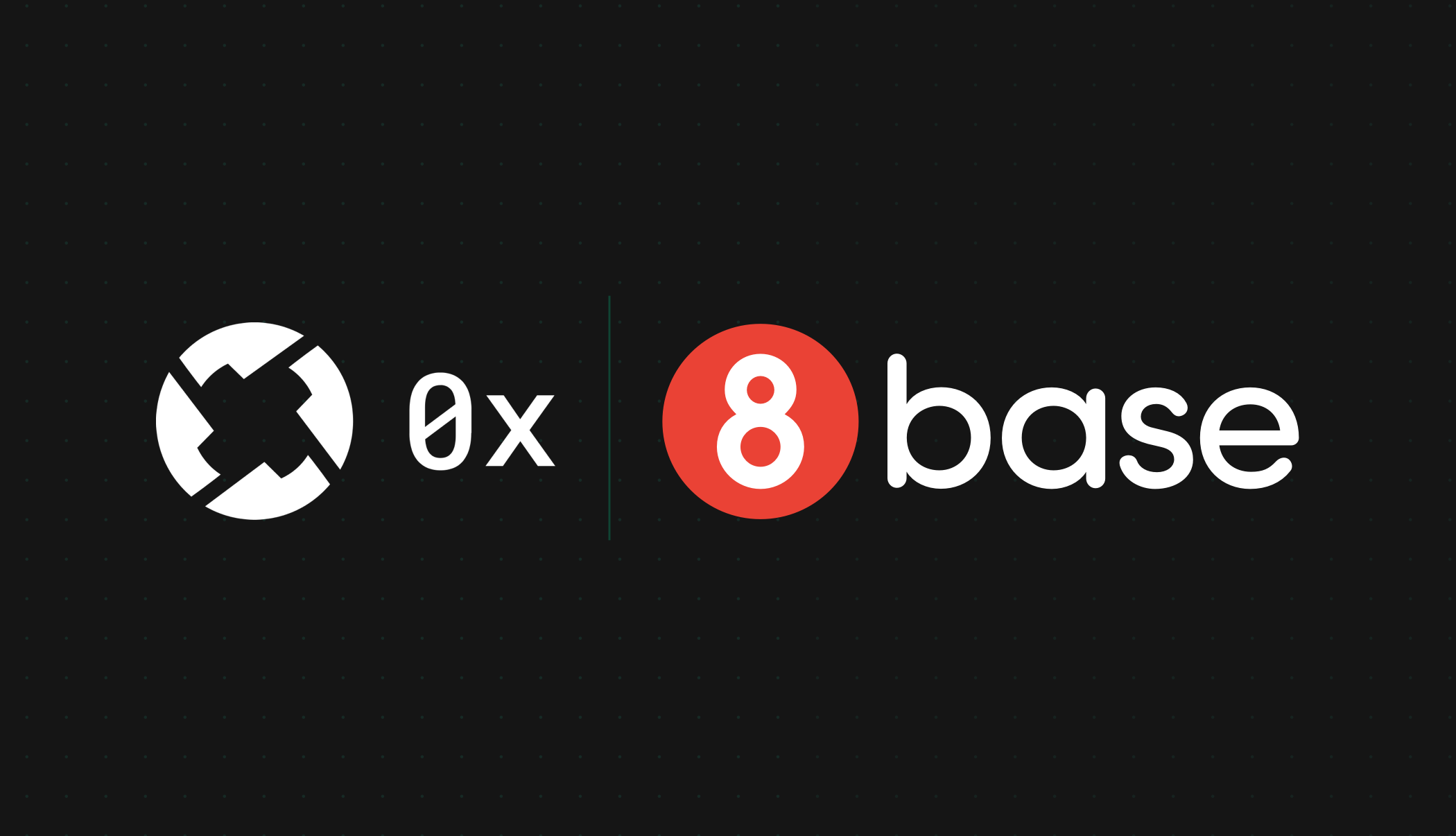 0x is one of the most prominent and promising projects in the Open Finance space. We’re excited to announce that our Solution Engineering team began building a product on 8base that utilizes 0x protocol!

Although we can’t share too many details at the moment, we are certain that when released, the solution will significantly democratize access to 0x protocol for businesses. We can share some exciting news though — we received a grant from 0x that has enabled us to begin this project.

According to the 0x whitepaper, it is an open protocol for decentralized exchange on the Ethereum blockchain. It is a set of smart contracts deployed to the Ethereum blockchain that allows exchanging tokenized assets in a fully decentralized manner. 0x currently supports ERC20 and ERC721 tokens; however, its flexible architecture allows adding support for other types of assets through implementing new AssetProxy contracts.

Unlike centralized exchanges that are prone to various custody-related risks, with 0x, assets never leave a customer’s wallet. The exchange happens on-chain with assets moving directly from wallet-to-wallet. This significantly improves security, as well as user experience.

In the traditional centralized world, the core entity is Exchange. Exchange holds custody of customers’ assets and executes trades on their behalf. Due to their custodial nature, centralized exchanges carry serious financial risks. They need to invest significant capital into security and financial infrastructure to gain the trust of their customers.

0x’s version of the exchange is Relayer. Unlike exchanges, relayers never hold customers’ assets. They simply broadcast cryptographically signed orders created by traders (makers) that other traders (takers) can fill. This makes creating and operating a relayer a significantly less risky and capital intensive task. Relayers can earn revenue through fees, market making, and other methods.

A high-level overview of the protocol interactions:

A 0x order has the following schema. It is designed to accommodate various scenarios. One significant addition in the second version of the protocol is the senderAddress field, which allows relayers to insert custom on-chain logic in the execution flow (e.g. custom order validation, KYC requirements and more).

Before submitting an order to a relayer, the maker cryptographically signs it. This allows the taker to fill the order without further interaction with the maker.

So far, the 0x team has been great to work with. They provide comprehensive documentation as well as their Discord channel for developer support. Some of the resources that we found particularly useful and recommend to anyone wanting to learn more about the protocol:

It is our firm belief that Open Finance will be one of the defining trends of the 21st century that will impact individuals on a global level and enable borderless value exchange at an unprecedented scale and efficiency. At 8base, we’re excited to be a part of the movement and are grateful to the 0x team for their support.

Stay tuned as we unveil more information about this product and how the 8base platform helps make it a reality.