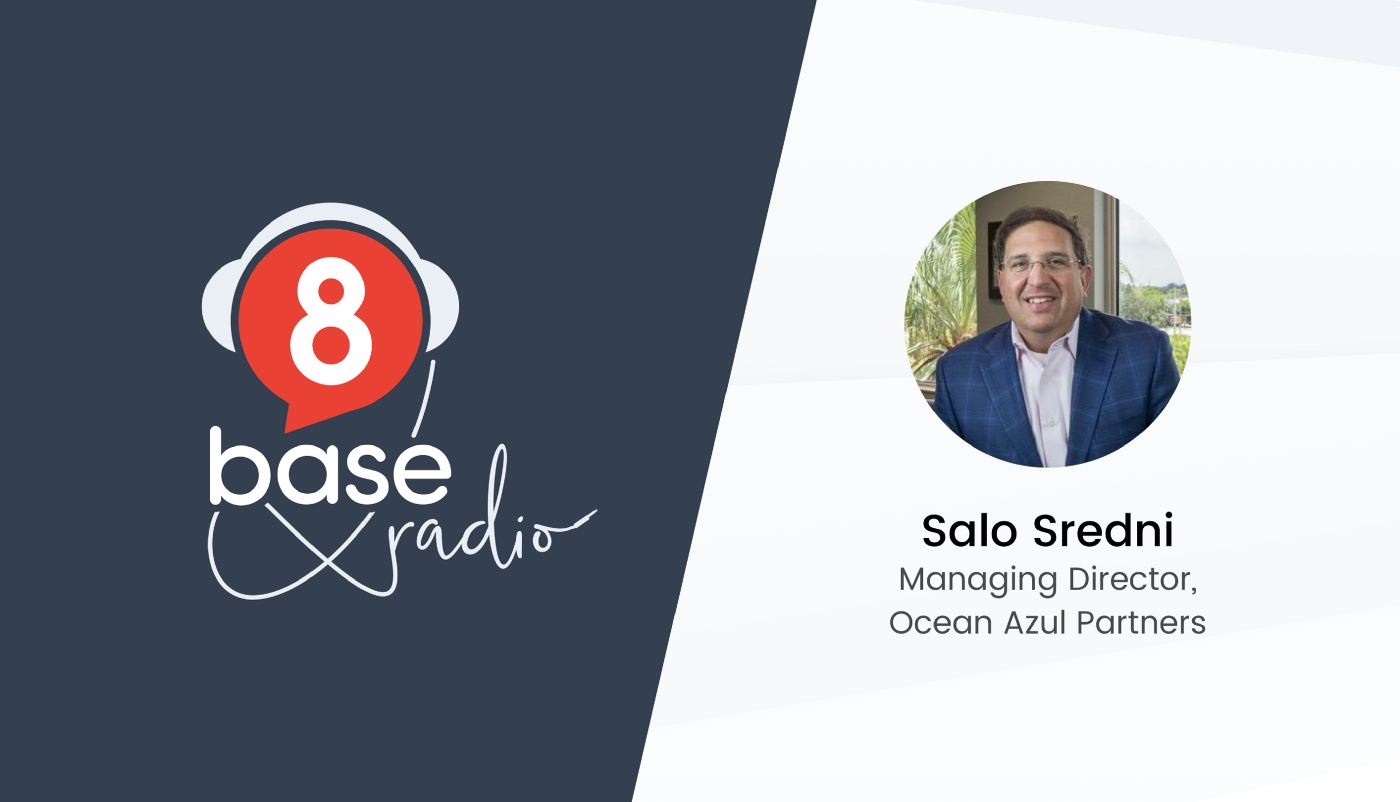 On this week’s episode of #8baseRadio, Salomon Sredni joined 8base Founder & CEO, Albert Santalo, to chat about venture capital, how to scale teams, and the growth of the startup ecosystem in Miami.

Salo Sredni is an accomplished Chief Executive Officer and Board Member with a solid track record of growth, profitability and customer satisfaction. His distinguished career encompasses tenures in Technology, Healthcare and Financial Services industries across domestic and international markets, and private and publicly traded companies. Currently, Salo is a Managing Director at Ocean Azul Partners, an early-stage VC firm, and Co-Founder at Chronwell, a company changing the way workers compensation is handled for the better. Mr. Sredni previously served as Board Member, Chairman, President & CEO of the TradeStation Group, one of the largest online brokers in the US, Board Member, and Managing Director and COO of the MONEX Group, a publicly traded diversified financial services organization with global operations.

In this episode, Albert and Salo chat about

8base Radio will be back again next Monday, so make sure to subscribe on Apple Podcasts, Spotify, or on radio.8base.com.

Quotes from this episode

“There’s no right or wrong answer for young entrepreneurs. My advice is to find what you love doing, it doesn’t matter what it is, and chase it.”

“Our world is moving so fast, that what works today doesn’t necessarily mean it will work 2–3 years from now.”

“It’s better to be a failure than to be a cheater.”