8base Platform in action at UHack 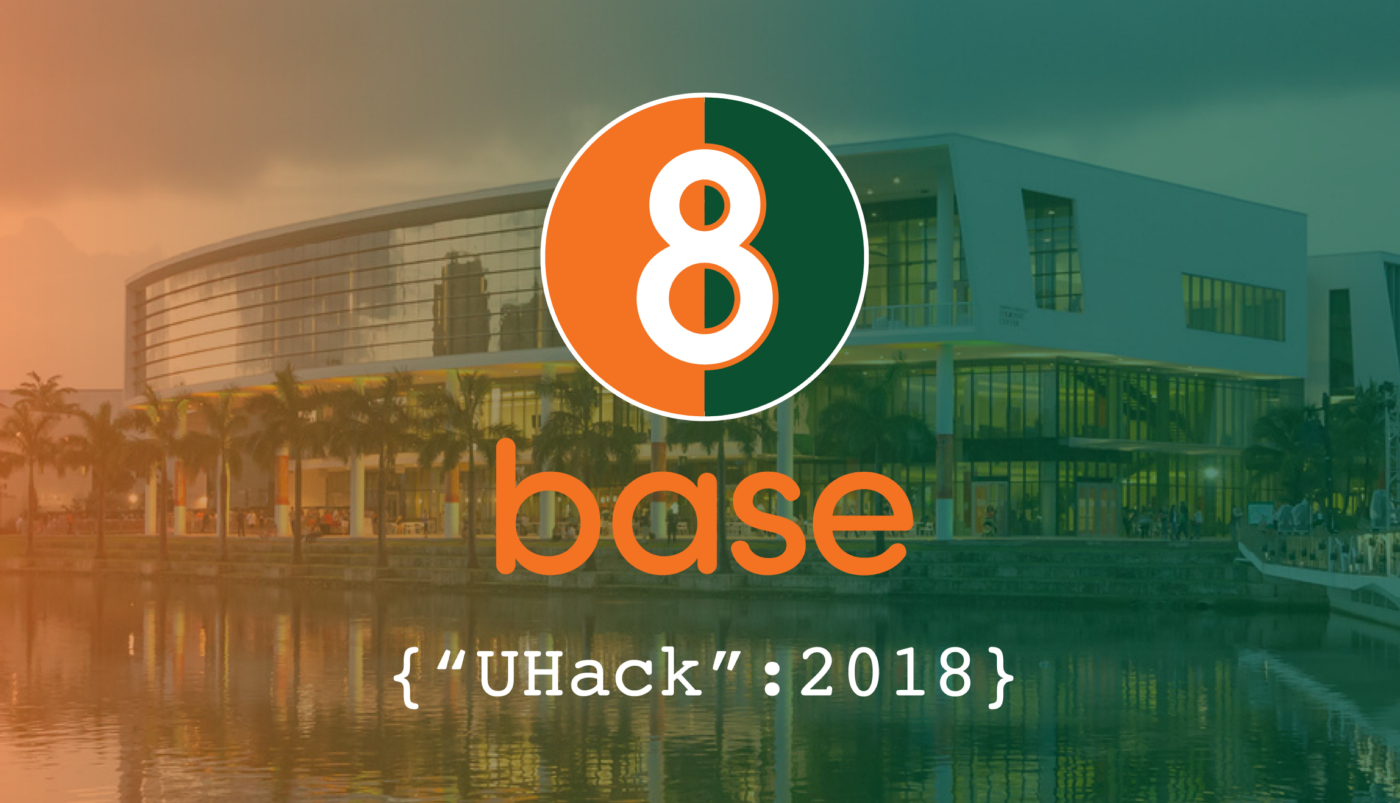 The University of Miami’s UHack Hackathon last weekend brought together dozens of developers who spent 24 hours over two days building software while competing for various prizes. One of those prizes was The Best Use of 8base, sponsored by yours truly.

The 8base team kicked off the Hackathon by announcing the $1,500 prize and conducting a workshop that walked hackers through building an app on 8base.

As you can imagine, given 8base’s newness, none of these developers had ever used 8base before and many had never worked with GraphQL either. We were absolutely blown away by what happened next!

Numerous teams began working with 8base and approaching our table for support. Our team remained at the physical event until 9pm Saturday evening and then continued to support developers on Slack until midnight. Teams continued working overnight; in the morning, Albert and Andrei were back onsite to support the teams and judge their projects.

5 teams made it to the finish line using the 8base technology. Learn more on each of them by clicking on their Devpost links below:

A hackathon is an adrenaline-filled scene where developers come together, quickly decide on a project worth pursuing, determine the underlying technologies to use and then get to work for a full 24-hour day to drive towards a working solution. Any wrong decisions can mean failure for a project. Given the newness of 8base there were a lot of things that could have gone wrong.

However, fortune favors the bold and it turns out choosing 8base, even though it was only recently released into beta, may have provided several teams a winning edge. The very nature of 8base is acceleration of software development so its use in a hackathon setting, where time is precious, makes abundant sense.

In the category for Best Use of 8base Platform, there was one team in particular that distinguished itself in every aspect of 8base development. The winning team from HealthTrak built a solution that captures real time streaming data from the Apple Watch to visualize the wearer’s various health measures on a 3D map.

HealthTrak built a stunningly beautiful user interface utilizing the 8base Boost UI Kit and in the 8base style of user interface. They utilized the 8base serverless runtime environment to connect to the Apple Watch API to capture streaming data in an 8base database and displayed it on UBER’s deck.gl 3D rendering components. For this particular use they also won the Best Data Visualization prize. Their user interface was built using React and leveraged 8base’s SDK for authentication and queries to the 8base backend.

The 8base team departed the Hackathon Sunday afternoon with a tremendous sense of pride and with copious notes regarding things that can work better inside our product. Dozens of change requests then made their way into our product development process and the team quickly began iterating on changes that ranged from improvements to our documentation to support of React Native front ends.

Check out what the developers from the winning team said about 8base below.

We look forward to many more hackathons as we continue to perfect our product and work to win the hearts of developers around the world.